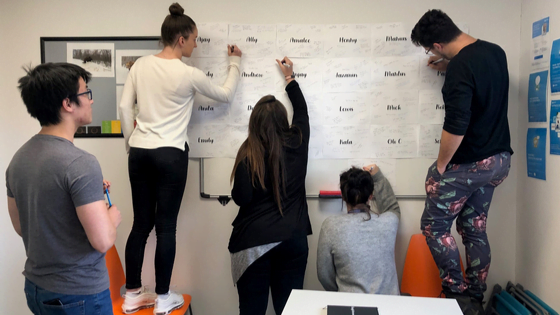 Yesterday was World Mental Health Day and here at Broadplace we take it pretty seriously.

When you look at the stats around mental health in the UK it’s pretty clear that it’s more than likely that we  know someone who has been affected by it.

In 2013 there were over 8 million people who suffered from anxiety alone. That’s just anxiety. That’s not taking into account people who have suffered  an episode of depression either. And considering that the population in the UK is roughly 70 million that’s a pretty sizeable chunk.

Then when you take into account the Economic cost – Oxford Economics estimated the GDP would be £25 million higher if mental health was better – it doesn’t just make sense from an ethical point of view. It also makes sense from a financial point of view.

So with all that being said, and risking turning this into an episode of The Office, we decided to spread a bit of cheer here.

Introducing Our Wall Of Kindness

What’s a wall of kindness I hear you say…

Well we printed each employees name on a sheet of paper and then the sheets became ‘bricks’ in our wall. We then made our employees do the most un-British of thing. We forced them to write positive comments about all their colleagues on each of the bricks.

Because sometimes it’s nice to be nice. But also because as a society we’re pretty self-deprecating and sometimes find it easier to take criticism than to receive praise. The effect of that is that we can sometimes forget how awesome we are.

So if you’re wondering how to spread a bit of cheer around the office then why not consider a “wall of cheer”. And maybe brick by brick we can help improve mental health (okay, maybe that was a  bit too far).

For those who find the idea of a wall of kindness all a bit too cringey (and lets face it, it’s not for everyone) we sourced our top 5 tips for unplugging, switching off and just unwinding.

Top 5 Tips For Looking After You

I guess the key point in all of the above is that it’s okay to take a bit of time for yourself. Someone you know has probably been affected by a mental health issue. And most importantly it’s okay not to feel okay.

If you need any advice on mental health then you can visit Mind’s website.